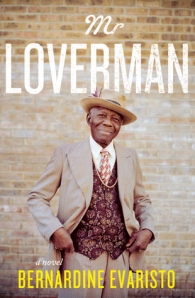 Published in April 2014 by Akashic Books

And never, not once, have I felt able even to link arms with the man I love.”

Guys, I love it when a book surprises you. You know that book that you had no expectations of, picked up for whatever reasons, and then it takes you and shakes you silly, leaving you stunned? For me, that book is Bernadine Evaristo’s Mr. Loverman.

Barrington “Barry” Walker is a transplant from the West Indies. He’s lived in West London for decades with his wife Carmel and daughters. At seventy-four years old, Barry is ready to leave his loveless marriage to Carmel and live with the love of his life. Problem is, the love of his life is his best friend of sixty-plus years, Morris. Barry wants to break the news to his wife and daughters but he doesn’t know how to take that first step. Mr. Loverman is a hilarious, thought-provoking read on a lot of the big themes of life.

Of the many books I’ve read so far this year, Mr. Loverman is one of the best ones. It’s a tie with Roxane Gay’s An Untamed State. Shannon, you know that’s saying a lot.

You would think from the description I gave you that this book would be depressing but it’s not. Because of Evaristo’s talent, readers are able to understand Barry’s reasons for deceiving Carmel all of those years. Growing up in Antigua, Barry knew that if people even thought you were gay, you could end up in jail on trumped-up charges, beaten, or even thrown in a mental institution. Even as young boys, Barry and Morris loved each other but decided to marry women to disguise their love. It wasn’t right and for decades, Carmel believes that Barry has been cheating with women.

When Carmel goes home to Antigua to bury her father, both she and Barry are forced to look back at their years together and figure out what should happen next.

While readers spend a majority of the book through Barry’s eyes, they also come to see this marriage from Carmel’s view and learn why she stayed so long. Carmel has secrets of her own and it makes her more sympathetic.

This book isn’t just about marriage and love, identify – racial and sexual are woven in by the author’s talent. Mr. Loverman is a pleasing and smart read that left me wishing I had someone to discuss it with. How about it, Aarti? My rating: 5 out of 5 stars.