We have more than a week before February gets here but it’s still plenty of time to figure out what to read for The 2013 National African American Read-In. It’s a yearly event that’s been going on for the past twenty four years and is hosted by the Black Caucus of NCTE and NCTE itself. Throughout the month of February, people all over the country get together to discuss and celebrate books written by African Americans.

Last year’s online read-in here on 1330v was a lot of fun. I think the event is a great tradition and so I’m hoping you guys will join me once again this year.

I found seven very different books that I think would appeal to a wide range of people. Below is a list of the books along with a small description of each one along with links for more information.

Brother, I’m Dying by Edwidge Danticat.  Non-fiction/memoir. 2007 winner of the National Book Critics Circle Award for Autobiography. Family memoir about the author’s complicated childhood in Haiti and America while reflecting on the lives of her father and his older brother and her relationship with the two. The memoir’s first line: “I found out I was pregnant the same day that my father’s rapid weight loss and chronic shortness of breath were positively diagnosed as end-stage pulmonary fibrosis”. 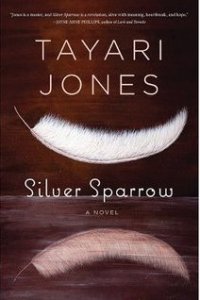 Silver Sparrow by Tayari Jones. Fiction. Silver Sparrow is a book that once you read it, you need to discuss it with someone right away. You’ll probably start talking about it before you even finish it. I know I did. Dana Yarboro is the secret child of James Witherspoon, a bigamist who keeps Dana and her mother hidden in plain view while he spends most of his time with his “first” family. Told from the viewpoint of both daughters, Silver Sparrow is a page-turner that leaves readers wanting to pick up everything Jones has published.

The Devil in Silver by Victor LaValle – Fiction/ fantasy. When Pepper finds himself locked up in a mental institution, accused of a crime that he doesn’t remember committing, he’s knows he’s in trouble. Things go from bad to worse when a strange creature visits his room and nearly kills him. Can this creature be stopped?

Drinking Coffee Elsewhere by ZZ Packer – Fiction/short stories. ZZ Packer is an author whose work has been on my reading list forever and with good reason. Her short story, “Brownies” has been anthologized in magazines and books for years. After reading “Brownies” for myself, I knew this was an author who deserves all the attention she receives. 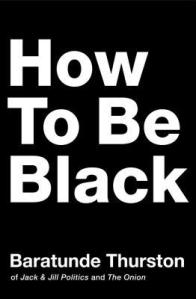 How to Be Black by Baratunde Thurston. Non-fiction/Humor. What it is: a hilarious, heartbreaking, and thought-provoking look back on the author’s life growing up in D.C. and what being black (and white) means to not only the author but a number of people he interviews. Part guidebook/memoir/mediation, How To be Black is a book you can easily re-read over and over again. M from Buried in Print wrote a review of this. 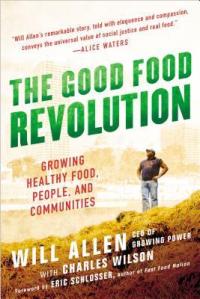 The Good Food Revolution: Growing Healthy Food, People, and Communities by Will Allen. Non-fiction. In the past year when I’ve read books about farming in the United States, Will Allen’s name has popped up numerous times. Allen, the son of sharecroppers, cashed in his retirement fund to start farming. In The Good Food Revolution, Allen writes about his journey from corporate America to farming and how the need for good healthy food affects us all.

A Woman Like Me by Bettye LaVette. Non-fiction, memoir. I had no idea who Bettye LaVette was until I saw her on the news last year. LaVette is a singer who was a part of the Motown scene decades ago but only recently became famous. Her memoir is a no-holds-barred account of her life that includes sex, drugs, and plenty of music.

Note: You can vote for up to three books. I’m closing the poll next Saturday, January 27th and will announce the top pick next Sunday. The book discussion will go on Monday, February 25th. Probably with the exception of A Woman Like Me, you should be able to find every book I’ve listed at your local library. I hope you decide to vote and join in next month’s discussion.